Was shown Comicon Challenge 2014 results.
This contest was something important than just competition…There is small Post-mortem below.

First I want to congratulate all the guys. A lot of nice work this year, especially from our compatriots. Strong, dignified, well done!

The contest was very long, sweaty and difficult for me personally, but as I mentioned in my interview with GA, if not an extension of terms – I certainly would not have time. Thank you Fred.

More interesting thing was that most artists rushed in 3D. That’s not bad, but the preponderance of 3 times the amount of work and the input and output – an interesting trend. Let’s see what awaits us in the future, and maybe I would dare to try myself in such large-scale 3D later.

Let me remind you that this year had been removed all possible restrictions on execution and filing, and the theme of “Final Stand” I loved it because of its flexibility – who wanted to could take up pure concept art and design, and who would – could tell the story by the illustration.

If we consider the results public voting and judging , it turned out that the people elected by a simple criterion using feeling of the “beautifully” without thinking about any topic or meaning of the things. A total public choice was like standart concepts, design or fashion overdetails as usual.

But here the selection of judges was much more interesting, and some people dissatisfied by the results, implying that СС it’s gaming competition only about concept art and design. Masters much more attention paid to semantic filling works of the participants, subjects and expressive innings as opposed to classic design and concepts methods.

I agree with something that the competition anyway should imply conceptual design for a fresh look at the well-known characters, but the most difficult – is to build a new story around your new design and try to fill it by some meaning additionaly to “just beautiful illustrations favorite hero in a new pretentious pose.”

I purposely did not speak about my work, as I can not take it objectively, so I trust in the results and criticism. I note only that it came out very hard and take series of technical and methodological experimentation. I like something, but not all and the result is the result anyway. I will not dwell on it and move on, taking a couple of very weighty conclusions. What kind of conclusions until I want to talk – it’s need to check out.

Well, something very big waiting for us soon from GA and Fred:

I already started working on it. It will be on festchallenges.com, so yes, it will be a multi-forum (7 forums), multi-language challenge. At this time, it’s still to early to announce a start date, but there will be a big 21 days pre-announcement before it begins. This way, people can set up vacation days and get prepared for it. It’s gonna be BIG!

Will it Dominance War VI or something new – I do not know, but I look forward to an early announcement.

See you and good luck! Thanks! 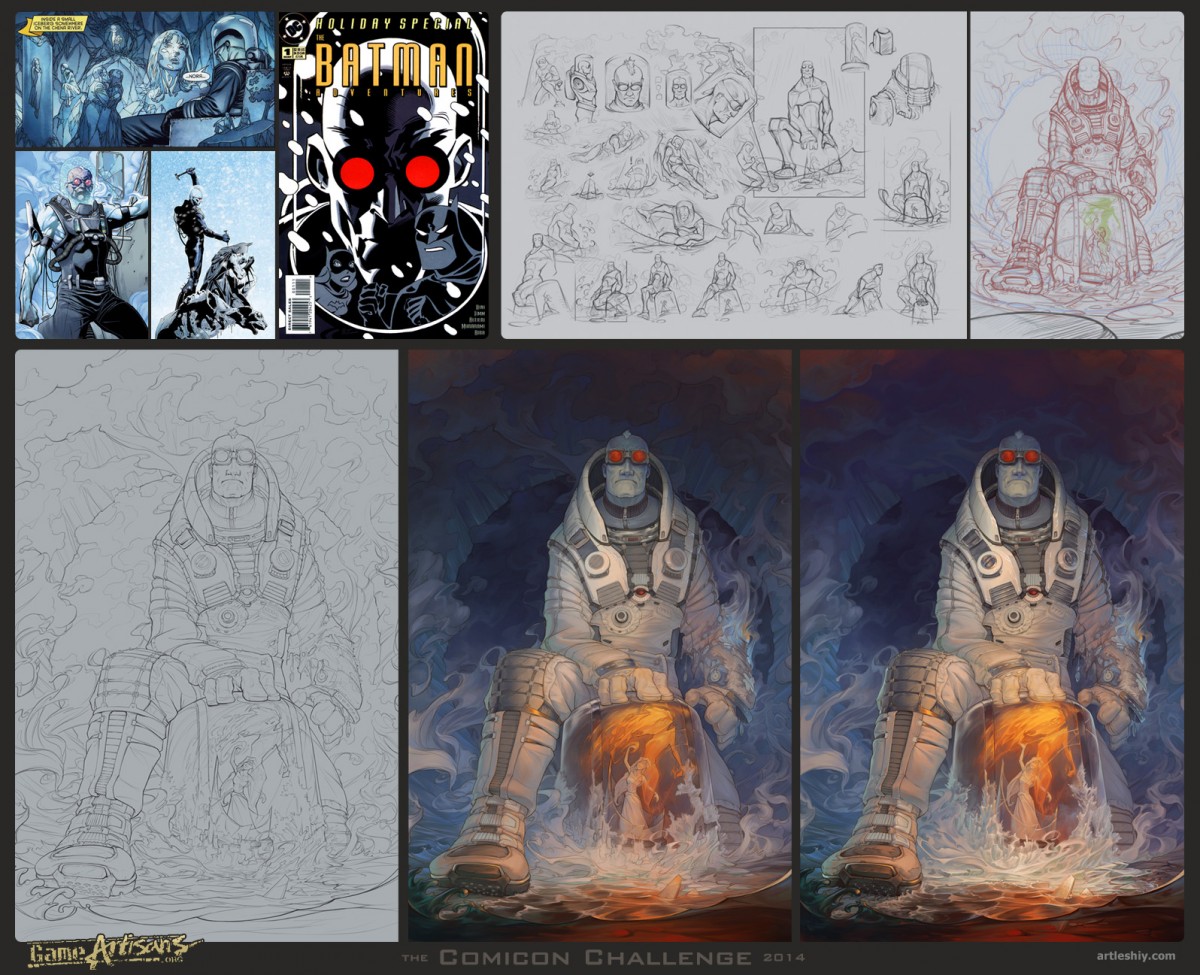