Making of “The Berserk Flash”

Hi, friends! Now I want to tell you a story about making of “The Berserk Flash” for Comicon Challenge 2011 and some additionally technical methods…

In the beginning I have absolutely forgotten about competition. But soon at a forum “X” has seen the message “The Comicon Challenge 2011 has started!”

At this Comicon, task was wide: “This year’s theme for 3D Character Artists and 2D Concept Artists is “Alternate Universe.” You can either change the time period of your comic book hero or his/her gender. For instance you can make a 1842 Western styled Captain America (cowboy) OR a female Captain America OR you can do both – an 1842 western-styled (cowboy/girl) female Captain America. If you decide to mix and match, it’s your choice!” Also Task for 2D concept artists didn’t include modeling sheet… It’s sad (IMHO), because it’s demanded more exacting approach to illustration…

Next it was necessary to choose the character for changing. I am always chose work only helpful for me and what I need for self-evolution. Then I wanted to try to draw detail fantasy clothes or armor… but without a tits. =)

Having looked in memory and bases of DC and Marvel I have stopped on high-speed the Flesh.

Usually competition lasts four weeks. For an illustration one week, with a stock – two (on a case of random problems), is necessary to me. Also competition usually extends for one week. it’s enough.

Because the modeling sheet has been removed – the rest of the time is taken away on generation and development of general idea. It seems to me it is the most important stage of work and don’t neglect it. Idea is everything!

Searching of the idea I started from original character (skills, style, symbol…) and things what I wanted to do at this time (fantasy clothes or armor).

It’s time of brain! At this phase of work usually I do not draw. First two weeks are used for searching and reading information about original character, invented stories and etc. All of ideas must be approved by references and sketches. You should understand that you want and to represent the end result accurately. Then there will be only the mechanical work.

In the end of two weeks I had some sketches, big folder of references (Main references I collected on the single sheet) and a clear idea in the head: fantasy warrior-berserk. Also I began to associate it with a wild red fox.

Fantasy – because I wanted it =)

Berserk-warrior – conception was based on character and ability of the Flash: all incarnations of the Flash possess “super-speed”, which includes the ability to run and move extremely fast, use superhuman reflexes and seemingly violate certain laws of physics.

Berserkers (or berserks) were Norse warriors of Odin who are reported in the Old Norse literature to have fought in a nearly uncontrollable, trance-like fury, a characteristic which later gave rise to the English word “berserk”. They was very fast and strong and fought in light armor.

Both conceptions combined very nice and not contradicted.

Before, I will tell about the process of drawing, it would be desirable to share some technical moments and councils.

First, you need to create a comfortable environment, to think less about the process of work. Most importantly – the music. This creates the necessary mood and rhythm.

Next will be configuration of software (I’m use Photoshop). I’m hardcore gamer and use “WASD”-hotkey system in Photoshop too, because it lets you work with a usual part of the keyboard, instead of playing the piano. 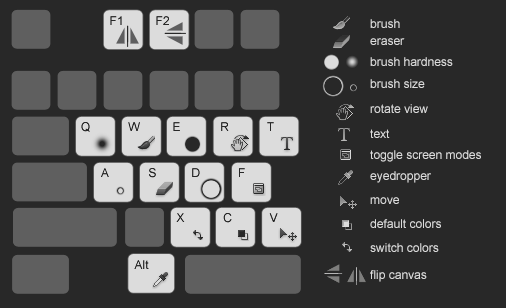 Second, learn in time to be distracted and never be afraid to spoil anything, CG can fix everything, but you certainly will not let on.So I try to keep a minimum number of layers (3-4). When the composition is well established all the layers are merged and I continue to work with two (the second in a temporary buffer).

Also I use 2-3 simple brushes…all done by hand=)

Actually, the more I started a character’s appearance to better understand how it will look like, items of clothing.

I draw all the lines (so wanted to do and now as always). The most important thing in this case – to keep the character recognizable, otherwise it is meaningless. Note for themselves the key design elements of a basic character, which makes it unique among the hordes of other guys in tights and try to keep them in a new image.

The most difficult decision was to use a fox skull as a mask. It gave the desired character, style, and stressed his “beastly” nature, but it might displease some fans of the hero. Moreover, it completely covers the face, which is not good for the game concept. Could help the modeling sheet, but it was removed from the job. I decided to take the risk.

Now I had a complete picture of the appearance of the hero and it was necessary to come up with an illustration. After analyzing the results, I decided that I do not want to change the position and view, because without modeling sheet to illustration are used more stringent requirements for “clarity”. In the production game concept art above all, to the person who will be transferred to your work for further development, there was a minimum number of questions.

So I just drew a environment that is emphasized time and place of our dwelling creatures. Also, environment, together with the details and nuances of the character helps the viewer to think through the story. Was chosen as a triangular composition: line the walls on each side form a dynamic wedge-shaped frame, which is included in the ground, and push the character into the foreground. It is important that the background does not interfere with reading and forms a silhouette of the hero himself.

I throw a bunch of colors under sketch (Layer 3) and change color and brightness of the layer with sketch and change multiply or linear burn mode. This allows you to advance to get rid of dirt. Canvas is expanding and drawing done with a margin on the subsequent crop. I always work permit in the 5k pixels (not less than 3k). This gives you the freedom into brushes, without limits into pixels, to avoid potential problems when printing, and PC is not slow down =). 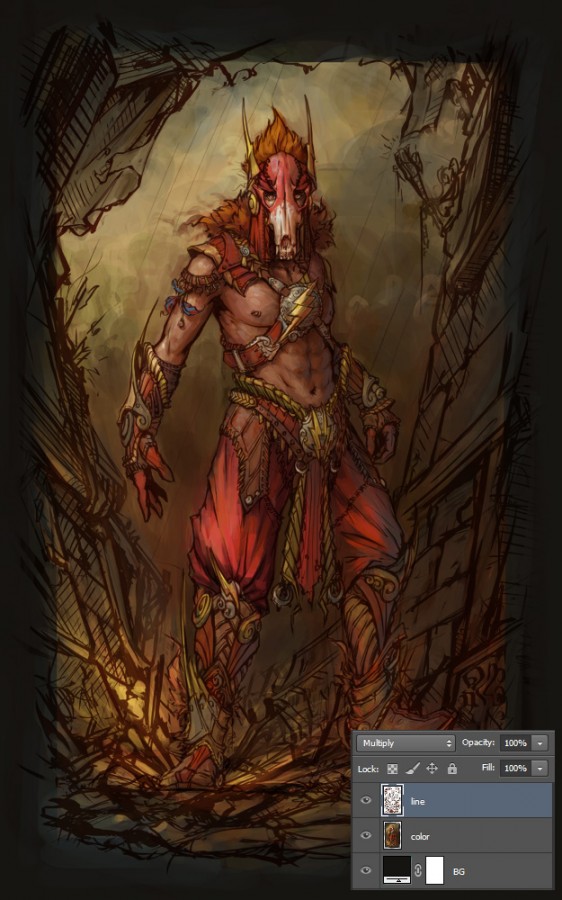 Colors based on original colors of the Flash, materials and accents that needed…all this create fiery character of fox. To keep work atmosphere always complete and authentic to an eye, a saturation of color I ususal keep in limits of 80 %, and picturesqueness made by means of contrasts, transitions and impregnations of colors each other. All always is learned and expressed only in comparison and by contrasts (color, the form, weight, growth, taste and etc.), the question remains only in force of these contrasts according to desirable accents.

And next – hard manual work. Pixel by pixel I draw all this atop sketch. I’m working spots and shading. Sometimes the layers are merged, and work continues on the new surface. All changes become without doubts. During the work is necessary to monitor the results and listen to criticism. 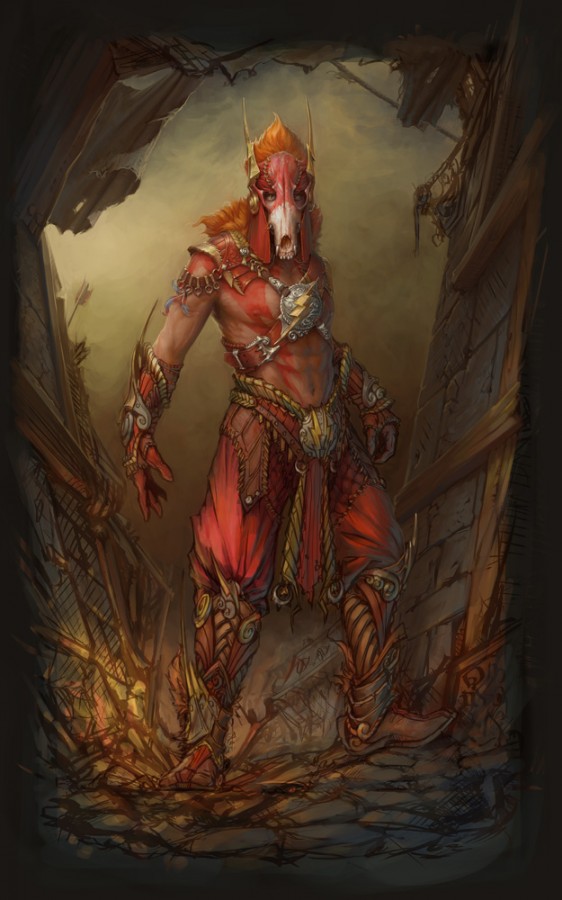 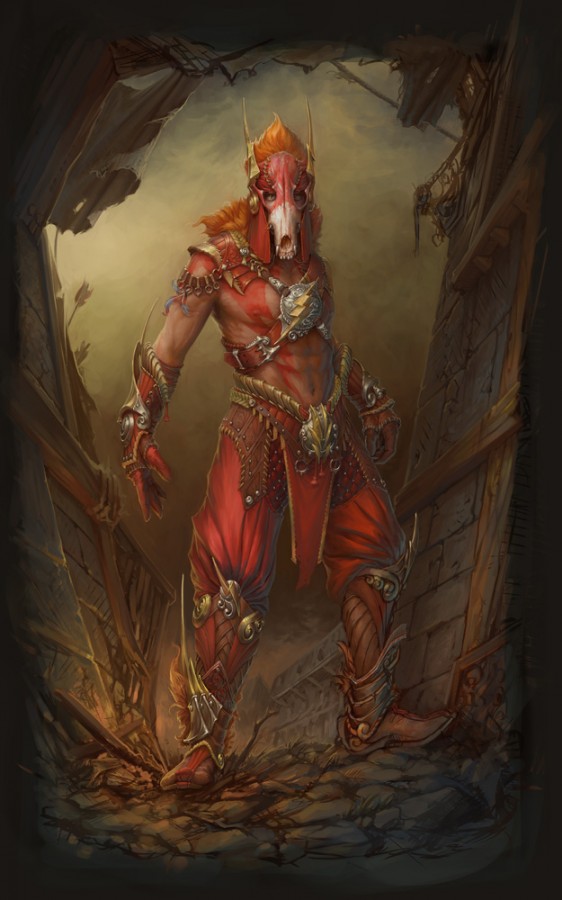 On last step I have added some correction of brightness and colors. I’ve created and stylized titles, make border and…place it far-far away to some days. The day before the deadline back and are making the last change, compose workflow sheet and upload in the required resolution and compressed for a few hours before the deadline. Take the phone, call your friends and run a rest!

Thanks for attantion, friends. May the random-force be with you… 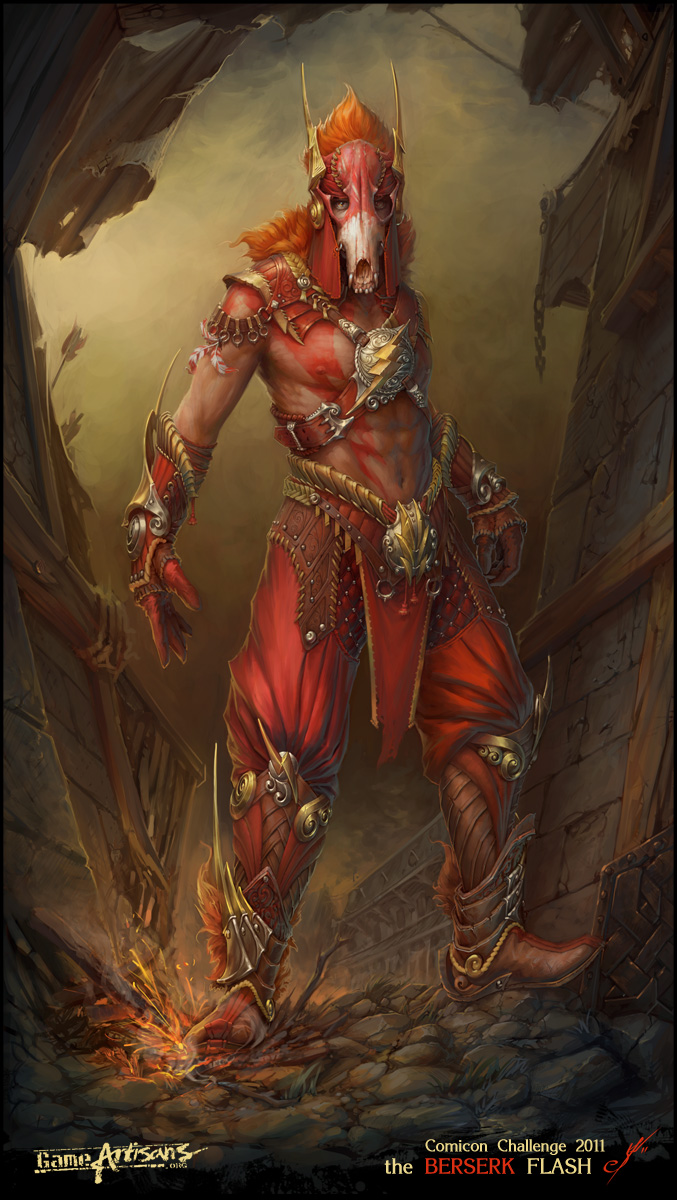 …work on the mistakes. For self-improvement and learning need to periodically review progress reports and remember the mistakes.

In sum I mark for myself some hard mistakes:

…memorize and move on.